Not to skip around on wives too much – a history of Josie is in the works – but I wanted to write a brief note about Elia Pascal’s name (Elia being George Whittell Jr.’s last wife).  A common assertion is that she is a descendant of the 17th century philosopher and mathematician, Blaise Pascal. 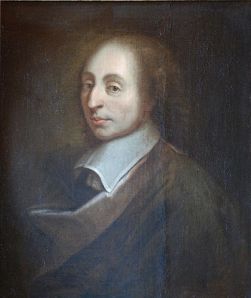 However, Blaise Pascal never married or had children.  He lived life as a relatively unhealthy man, focused on the sciences, religion, math, and philosophy.  He died at the age of 39.  It does not appear that his sister had children either.

Elia is NOT related to the famous French mathematician.

And yes…much, much more on Elia to come!  I just wanted to clear this one up since it is an easy one to verify.